A collection of pictures from over the centuries removed from an English country house are going under the Charterhouse hammer in their two day October auction.

“It is certainly an eclectic selection of pictures showing how collecting taste has changed over the decades” Commented Richard Bromell. “Although my house has plenty of traditional art hanging on its walls, I must admit to liking some of the more modern art from this property.”

Pictures from across the centuries have been consigned from this country house. There are religious paintings and classical engravings from the 18th and 19th centuries but it is the pictures from the 20th and 21st centuries which are expected to generate the most interest. 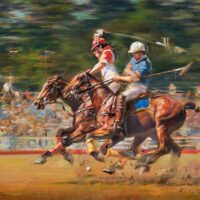 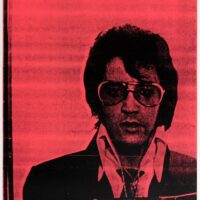 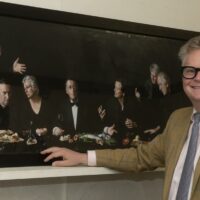 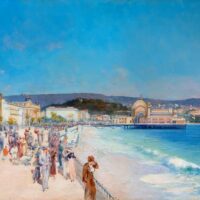 Dating to early 20th century there is a large oil painting of Nice, France. Painted by Gaston Boissier and measuring 6½ feet wide it depicts life between the wars on the Promenade des Anglais on a bright summer’s day and is estimated at £5,000-7,000.

Moving to the late 20th century, there is an oil painting by Argentinian artist William Petty. He is best known for his sporting pictures with the Charterhouse painting titled ‘Polo Fury’ and estimated at £300-500.

Into the 21st century and two modern artists take centre stage. A Russell Young silkscreen on canvas picture of Elvis Presley, numbered 35 of a limited edition of just 50 from his Mug Shot series, Elvis is looking to leave the building estimated at £1,000-2,000.

Also estimated at £1,000-2,000 is a vast photograph by Alistair Morrison called ‘The Actors Last Supper’ after the famous picture by Leonardo da Vinci of ‘The Last Supper’.

Measuring over 9 feet wide, the original photograph went on display in the National Portrait Gallery to great acclaim and caused quite a stir in 2012. Robert Powell is cast as Jesus, with his disciples including Colin Firth, Tom Conti, Michael Gambon, Steven Berkoff, Tim Piggot-Smith and Sir Antony Sher with Julie Walters as Mary Magdalene.

Richard Bromell and the team at Charterhouse can be contacted for advice and valuations or to a free home visit at The Long Street Salerooms, Sherborne 01935 812277 info@charterhouse-auction.com