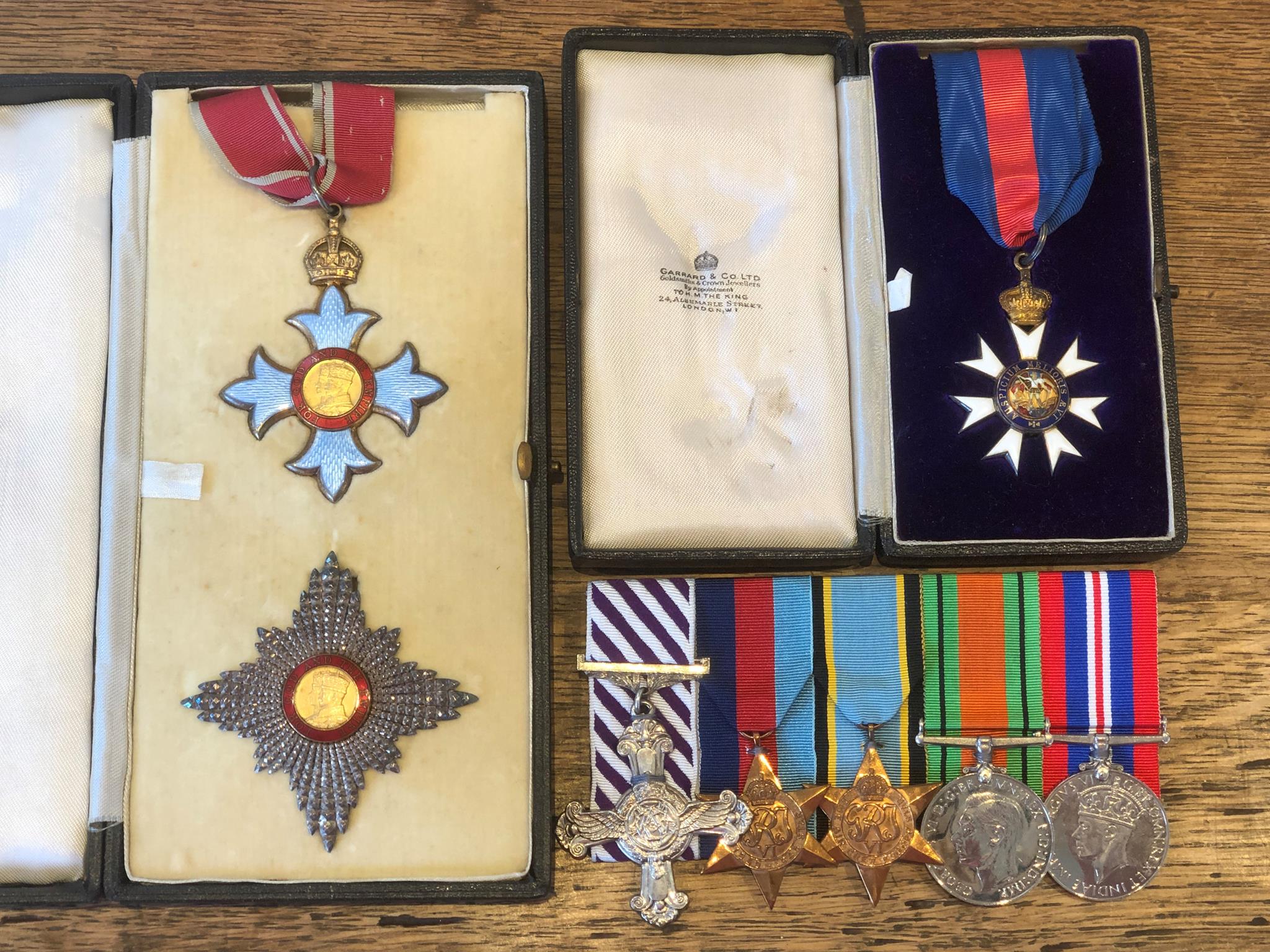 “They are a fantastic group of medals charting the deeds and travels of Sir Archie from the Second World War through to the late 1970’s when he was knighted in the Queen’s Birthday Honours of 1979.” Commented Richard Bromell. “With the market for medals, militaria, coins and stamps remaining strong we have already received quite a lot of pre-sale interest in this group.” 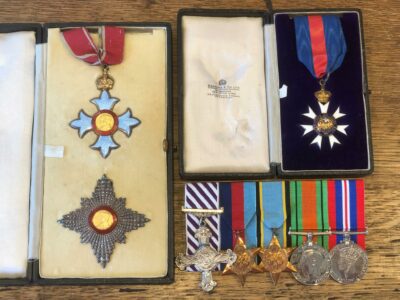 Arthur Thomas Lamb was born in 1921. He joined the Foreign Office in 1938 and at the outbreak of the Second World War in 1939 he volunteered for the Royal Air Force. Called up in 1941 he carried out his pilot training in Rhodesia. However, when he returned to Britain on the SS Oronsay the ship was torpedoed and he spent 9 days adrift in a lifeboat before being rescued.

Commissioned in 1941 he flew combat missions in Typhoons and Hurricanes and was awarded the Distinguished Flying Cross (DFC) in 1945.

The group of medals, along with his sword, RAF, wool scarf, silver ashtray and even his old Diplomatic Bag he flew with are estimated at £2,500-4,500 in the Charterhouse two day collectors auction on 1st and 2nd September.

Richard Bromell and the team at Charterhouse can be contacted for valuations at The Long Street Salerooms, Sherborne 01935 812277 info@charterhouse-auction.com where they are taking further entries for their September specialist auctions of, coins, medals, stamps, clocks and collectors on the 1st & 2nd followed by automobilia on the 29th and then classic cars and classic motorcycles in October.