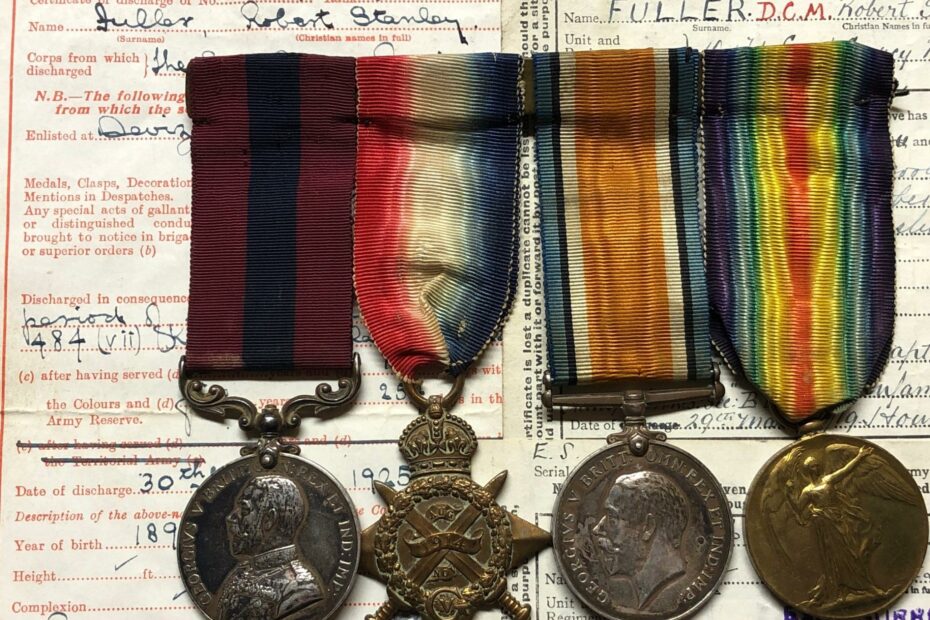 A collection of medals and militaria from Devon is going under the Charterhouse gavel in their December 1st & 2nd two-day Collectors auction.

“I have known the Devon collector for over 20 years as he regularly bought from our auctions.” Commented Richard Bromell. “He is looking to retire in the next couple of years and has decided now is the right time for him to dispose of his entire collection and contacted us in Sherborne to arrange this auction.” 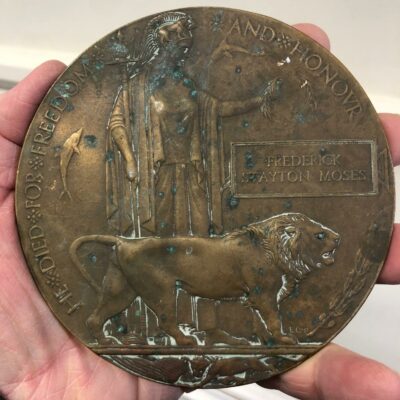 Items in the collection date from over the past 200 years of military history. There are helmets, swords, badges bayonets, and trench art. In addition, there are a group of First World War bronze death plaques including one to a soldier who was killed in action on the first day of the Battle of the Somme on 1st July 1916.

However, it was medals which were the Devon collectors main passion. In the collection there is a Waterloo medal estimated at £1,500-2,000, a World War One bronze death plaque given to the family of Frederick Stayton Moses who was a casualty on the first day of the Battle of the Somme £200-400 and a Distinguished Conduct Medal group at £1,000-1,500.

Charterhouse are now accepting further entries for this December two day collectors auction with coins, medals, militaria, stamps, model cars, trains and toys. They are also taking entries for their January specialist auctions of pictures and books, Beswick & Doulton, along with Decorative Arts and Mid-Century Modern.

For valuations, help and advice on these auctions contact Richard Bromell and the team at Charterhouse, The Long Street Salerooms, Sherborne, Dorset on 01935 812277 or via info@charterhouse-auction.comDistinguished